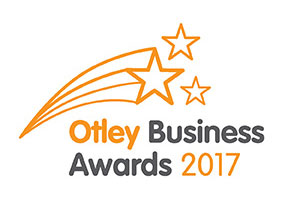 The event, formed by Otley Chamber of Trade, was the biggest yet with over 150 business owners attending the celebrations. Organiser Tom Hatley said "This year we received over 600 nominations covering 77 businesses which is a fantastic result and I am delighted that the event is growing in it's success year on year."

The evening began with special guest, Double Paralympic Archery Gold Medalist Danielle Brown MBE. Danielle told the story of how she proved that disability is no barrier to achieving whatever you wish. Danielle's drive and determination is how she became the holder of 12 Paralympic World Records, the first athlete to represent England in an able-bodied discipline and ultimately ranked World No.1 for her entire career. Danielle commended the Awards Ceremony saying "Local businesses play such a huge part in the local community and recognising that is important for their own success."

We are delighted to announce the 2017 Award Winners who were all presented with their own engraved awards and personalised certificates on the evening: 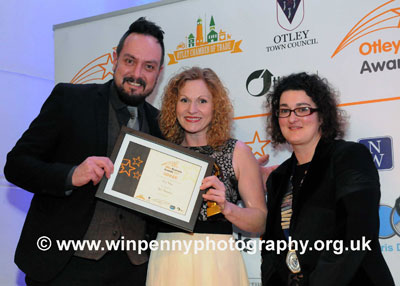 Pictured (left to right) are the winners of the Best Newcomer Award PAUL LANGTON & CLARE GLOVER of Casa Vitae being presented with their award by category sponsor & Otley Chamber of Trade President Katie Burnett of Courtyard Planters. 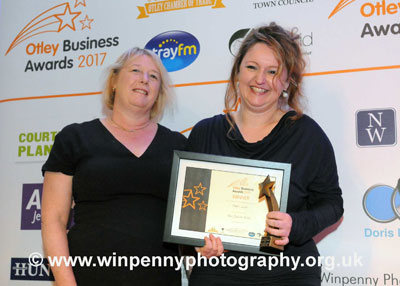 Pictured is the winner of the Best Food & Drink Ottah's Leah with LAURA COLLIER (right) receiving their award from sponsor Elspeth Harrow of Newstead Walker Solicitors. 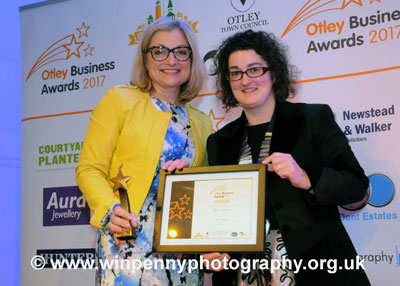 Pictured is winner of the Best Retail award Jenni Small of Jenni's Dresser (left) receiving her award from Otley Chamber of Trade President Katie Burnett who was standing in for sponsor's Hollings Crowe Storr. 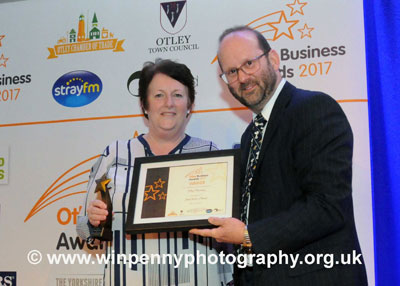 Pictured are the winners of the Good Service Award Otley Pharmacy with JANET COWLWELL receiving the award from sponsor Christopher Winpenny of Winpenny Photography. 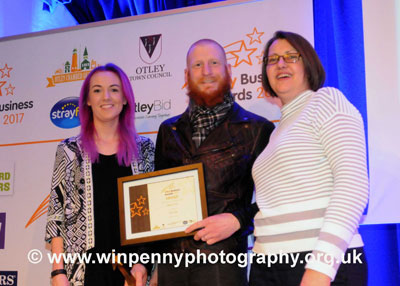 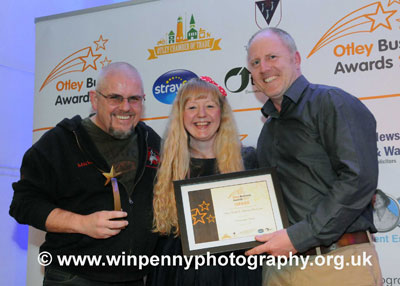 Pictured are the winners of the Community Award MIKE HOOKER AND DAVID O'HALLORAN of Otley Health & Martial Arts receiving their award from sponsor Keeley Kear of Doris Dent Estates. 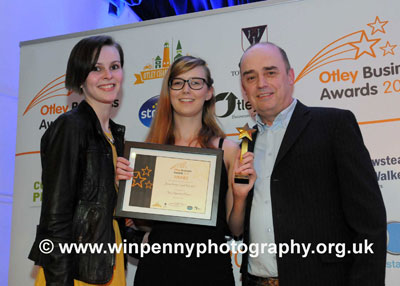 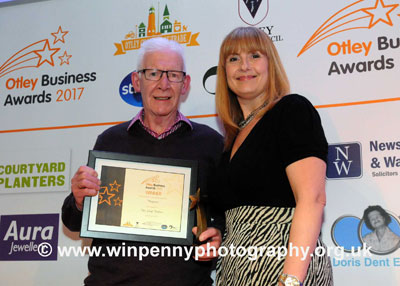 Pictured is Howard Carver of Weegmanns, winners of the Best Large Business receiving their award from sponsor Rachelle Atkin of Yorkshire Marketing Company. 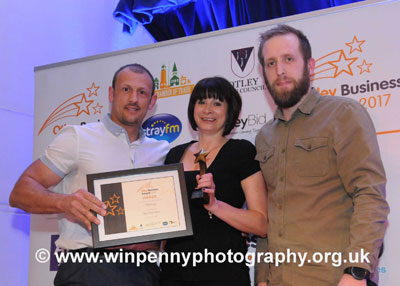 Pictured (left to right) are winners of the Best Service Sector PAT COWDELL AND JOANNE COWDELL of Club Energy receiving their award from sponsor Ian Twitchwell of the Stew & Oyster. 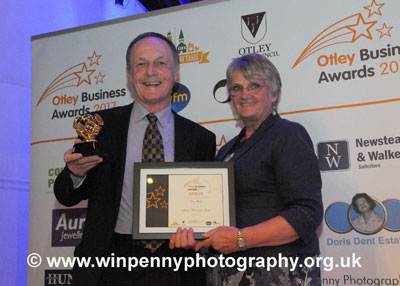 Winner of the Lifetime Achievement Award Peter Heald is pictured with Steph Lee of the Otley BID who presented the award on behalf of sponsors BFE Brays Chartered Accountants. 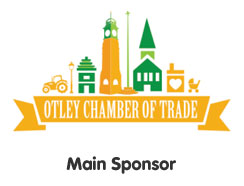 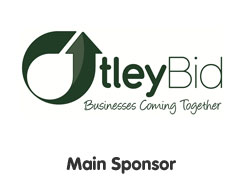 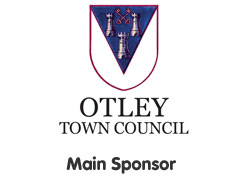 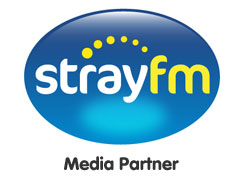 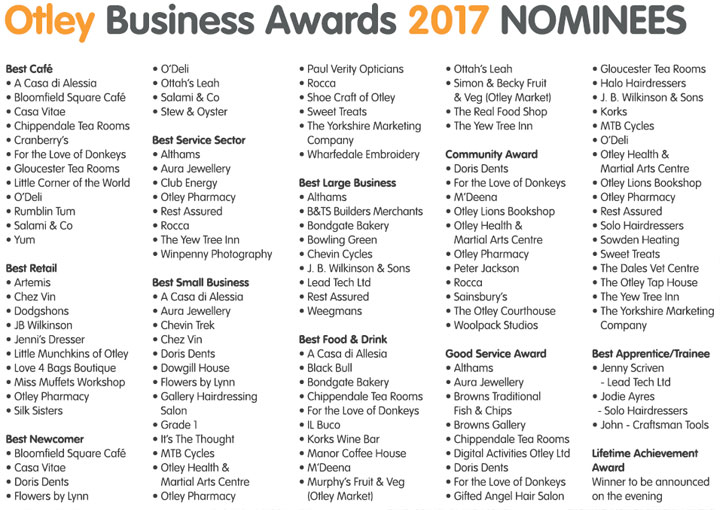 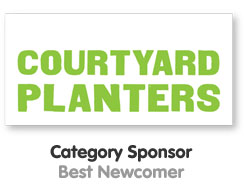 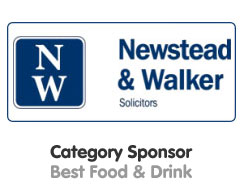 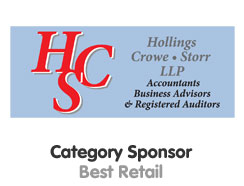 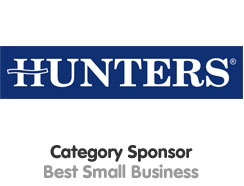 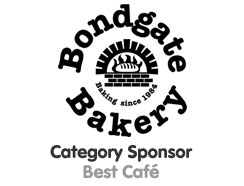 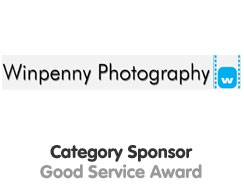 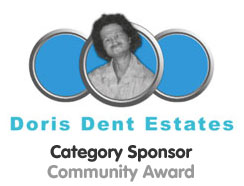 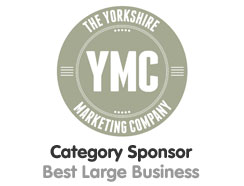 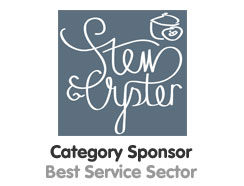 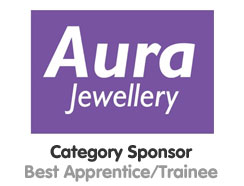 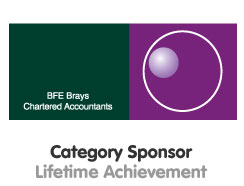